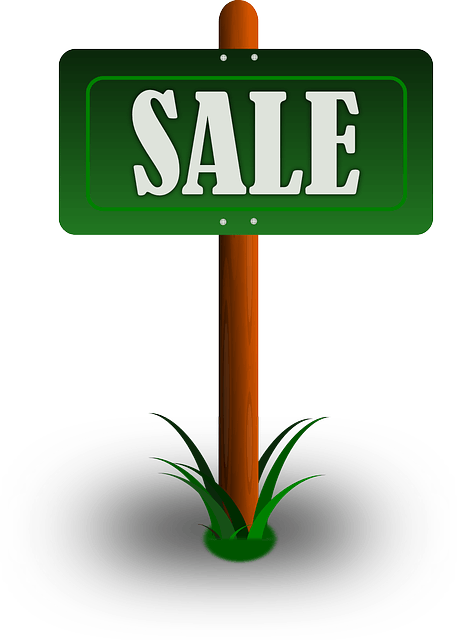 I first bought Berkshire Hathaway shares 3 years ago, and a few days ago I sold the entire position. This might be a somewhat controversial decision and when I first bought shares I envisaged holding them forever. But I don’t see that much upside to Berkshire at the moment. That’s not to say I am not a fan of Buffett. I think his investment success speaks for itself and Berkshire has been a highly profitable investment over the last few decades. But there are several reasons I have exited this position, many of which are probably at odds with value investors’ opinions in general. Here is my reasoning:

It’s no secret that he isn’t a young man, and eventually he wont be around to run this company. One of the big attractions of Berkshire is that it grows intrinsic value over time due to Buffett’s capital allocation skills. The fact he probably wont be around for much longer is the first reason I’m not that optimistic for Berkshire. A lot of Berkshire’s best deals these days are ones that he has negotiated himself using his connections to people in finance or that want to sell him their business. Think Goldman Sachs, Bank of America, Heinz etc. Buffett has turned out to be more of a crony capitalist than prolific investor in the last decade. I’m not judging his actions, merely observing that a lot of these crony connections will die with him.

However there is another reason – his recent investment choices for me have not been his best and many have lost money. Firstly there is the Tesco debacle which I went into detail in the article Why was Buffett wrong on Tesco. Then there is the ConocoPhillips investment in 2008, which lost Berkshire billions and Buffett admitted was a mistake. There was also the Johnson & Johnson investment which was pretty lackluster. I have my reservations about the more recent purchase of IBM too, time will tell how that works out. Long story short, I simply don’t have as much faith in his investing decisions than I once did.

Part of Buffett’s investment woes I think are due to the size of the portfolio now under management. I am a small investor that can take advantage of the smallest of stocks, which are more likely to be undervalued as institutions are too big to care about them. So having my money in a mega cap like Berkshire doesn’t make as much sense for me as for say a portfolio manager running a large fund. When you have the option (and the stomach) to invest in companies that can double or triple in value in a year, it makes less sense to hold something like Berkshire in your portfolio (in my opinion).

Another thing I don’t like about Berkshire is the current structure of its equity portfolio. There are a small number of concentrated positions (which isn’t itself a problem for me) in some stocks that I would not describe as undervalued. In a way the portfolio is a victim of its own success, with a few positions being bet on heavily by Buffett and making a lot of money. Unfortunately for an investor now these positions dominate the portfolio but no longer have the upside they once had. For this reason, and its size, I think Berkshire’s portfolio will struggle to beat the S&P by a wide margin going forward. 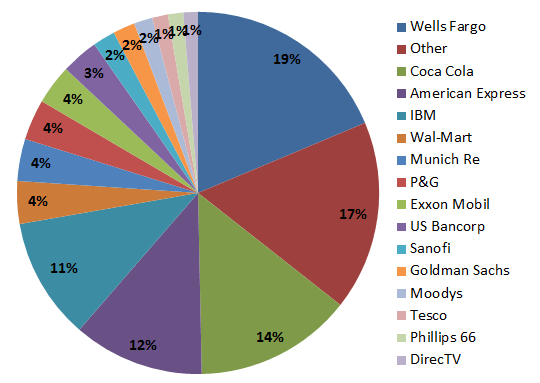 The top 4 holdings make up 55% of Berkshire’s equity holdings. Let’s look at their headline valuations.

As you can see, none are what I would consider cheap, especially Coca Cola. Also Berkshire’s equity portfolio is around $120bn, compared to its book value of $240bn, so these equities have to do pretty well in order for Berkshire’s book value to keep beating the S&P. Of course this doesn’t take into account the fact that Berkshire generates free cash flow of between $10-15bn per year on top of this. That should result in Berkshire beating the S&P in any down years, simply because of the cash coming in.

Which brings me onto what exactly is Berkshire worth? This isn’t a straightforward question, as Berkshire’s earnings don’t include its full share of the profits of its minority holdings and do include a lot of investment gains/losses. The following is my back of the envelope valuation of the company as a whole.

Luckily in his 2013 letter Buffett gives us a clue as to what the minority earnings are actually worth.

Reverse engineering says that Berkshires approximate 10% position in these 4 companies results in a share of annual earnings of $5bn (50m x 10% / 0.1%). We can’t know for sure the rest of the portfolio (a big chunk is labelled ‘other’) but as these 4 represent half let’s guesstimate at $10bn total. Buffett also doesn’t say whether this is pre or post tax (he tends to talk mostly in pre-tax terms) but I’ll be generous and assume it’s post tax.

My conclusion is that Berkshire’s value is pretty fair, but it is not undervalued.

It’s always advised to invest from the bottom up – look at individual companies rather than search for them based on some macroeconomic outlook. But I must admit to selling Berkshire partly for top down reasons also. The S&P 500 is getting fairly expensive, and my cash balance is at only 8% (after selling JD Sports recently). Berkshire’s sale brings that up to 11%, still not large enough for my liking but better than it was.

In recent months I have been finding some ideas which may have been good investments but I have been unable to act on because my portfolio didn’t have the cash, and there was nothing I wanted to sell. I also don’t see how much further the US markets can rise without getting into overvalued territory. Berkshire’s size makes it very correlated with the market, so I would rather sell at fair value. Maybe I’ll regret it in 10-20 years, I don’t know.

My Berkshire position made 77% over my holding period after currency hedges, that’s equivalent to 21.4% per annum. I will be surprised if it returns 21% p.a. over the next 3 years.

Disclosure: Author has no position in BRK.A or BRK.B shares