If you regularly search for undervalued companies then it probably hasn’t escaped your notice that the US and UK markets are trading at much higher valuations than they were a few years ago. That makes it harder to find bargains – but not impossible. 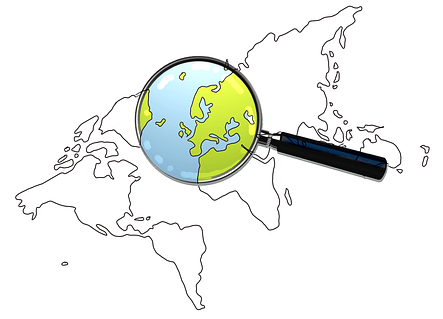 But rather than work harder, the lazy among us may wonder whether there is an easier way. Well there is. Even though the US market is expensive, there are other markets in the world that are not. I recently added a few Australian shares to my portfolio, and a few other bloggers have noted that it is easier to find cheap investments there than in the US. I also hold a fund targeted at Korea and some emerging markets positions.

So where are the best places to look? Well unfortunately for you, there isn’t a perfect way to evaluate which markets are cheap. Foreign countries pose additional risk for investors, mainly because of political factors but also we are not as familiar with foreign customs or ways of life. For example by living in the UK I am exposed to the publics general sentiment which tells me that big companies e.g. Tesco are not highly thought of. If a US investor read through the Tesco annual report however, they would have no idea there was a considerably negative public sentiment towards them.

That is a relatively minor insight, a major oversight may be an Englishman investing in a US mortgage company in 2007, completely oblivious to the lax lending rules that were widespread in the country.

My point is that sometimes markets are cheap, but they are cheap for a good reason. We must be extra vigilant when investing abroad.

Keeping that in mind, we can start to look for cheap foreign markets. The simplest way to find cheap markets is to look at the P/E ratios of major indices. In that vein, here are the PE’s throughout the world, ranking cheapest to most expensive [source: Bloomberg]

It isn’t a perfect measure, but it’s a start and highlights a few places where it is good to start getting further information. Here are some of my brief thoughts on the cheapest markets.

This jumps out as being remarkably cheap at a P/E of only 6.9. You may think this is because of the current political situation with the Ukraine, but actually the Russian index isn’t trading at a level much lower than it has been over the last few years.

In fact it has already rebounded from the early 2014 drop which was likely caused by this crisis. So what’s the real reason it is so cheap? Firstly it is heavily dependent on natural resources – gas and oil, which are at the mercy of international supply and demand to set prices. Two companies in this area, Gazprom & Lukoil make up around 30% of the index.

Secondly there is corruption in the country and a government that is not averse to raiding corporations and essentially stealing their assets from shareholders. This is made worse by the fact that many companies are majority owned by the state as well.

Despite growing at twice the rate of the west, the market is pessimistic about China and Hong Kong, perhaps unfairly. Much has been talked about an asset bubble in China and the shadow banking economy that will “inevitably” lead to a financial crisis. Here is an explanation of China’s growing shadow banking sector. And here is a prediction of its demise by Mr Gloom himself, Marc Faber (I wouldn’t take anything he says too seriously, having called for stock market crashes for the last few years running and being wrong).

Investing in individual companies in China for a private investor is virtually impossible due to foreign ownership rules, so if you are interested you are stuck with either a tracker or a fund. I’m not a great fan of funds but I will say that the trackers for China aren’t great, and it isn’t hard to find funds that have consistently beat their benchmarks in this area of the world. I have some money in an emerging markets fund that invests a lot in China. I don’t include it in my portfolio returns or reports as its a separate long term holding (though it is disclosed on the portfolio page).

Hong Kong is a bit more open to private investors and you wont have a problem buying stocks listed there. But remember that China has higher instances of fraud than the west, and Hong Kong is not immune to this although has stricter regulation than a lot of the reverse US mergers that have given Chinese companies a bad name. So always do thorough due diligence and diversify.

3 thoughts on “Where to invest?”