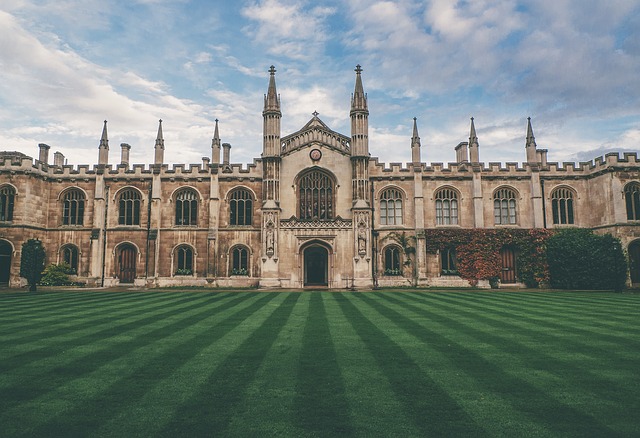 Last week I had the privilege of being mentioned on one of my favorite blogs, Expecting Value, where he looked over Craven House Capital, a stock in which 26% of my portfolio is invested. It’s always a real test when another blogger critiques your investment thesis, especially when they aren’t alone – Alpha Vulture was quite skeptical on my investment too.

I haven’t looked at Craven House for a while, and admit I was more than a little seduced by the bargain purchase of this distressed asset when deciding to make it a large position. Any manager buying things like that can look after my money any day, or so my reasoning went.  So the questions raised on Expecting Value where a somewhat nervous affair as I wondered whether I’d misjudged this stock (it wouldn’t be the first, or the last!) So I looked into the stock again, particularly at its more recent acquisitions. Before I knew it my P.I. style reporting (/ramblings) were too long to post as a comment on the blog so I thought I would do a whole new post on it.

I looked at the individual holdings and whether book value is being overstated to enhance performance fees and enrich the manager. That has been the main argument against CRV, and hence against my thesis.

Before I get into the analysis, first I will make a general observation on how CRV does business. It issues large blocks of new CRV shares to the owners of businesses in exchange for a stake in their business and access to CRV’s network of (financial) support. These new investors are usually a small number of people, often founders of the business they are selling, for whom this payout represents the majority of their life’s work and hence their wealth. They will not willingly entrust such a large portion of their wealth to a con-artist. Neither will they be pleased if the company they have invested a large amount of their net wealth in starts to buy other companies and dilutes their ownership by recording these new acquisitions at inflated valuations on the balance sheet. In fact the mere suggestion of fiddling valuations will probably put them off ever selling part of their business to the company in the first place.

That doesn’t mean it can’t happen though, so here are my thoughts addressing this issue in detail.

Firstly there is confusion over the fees so I will clarify the position. Performance fees are based on the increase in Net Assets per share, not simply Net Assets as CRV implies in its filings. For example, fees of £170,600 were paid in FY2013, however Net Assets increased by £1.5m, 20% (the level of performance fee) of which is £304,000.

It is true that issuing shares at 1.25p when shares trade at 0.5p manipulates NAV per share and increases fees, but it’s not as bad as simply the increase in Net Assets.

Now let’s look at some of the investments.

It has been looking for a buyer or development partner for a while now, but no success as of yet.

I set out to find a worst case scenario for this farm. I looked around for farmland for sale in Brasil and found this site. I then searched for the cheapest productive agricultural land per hectare for sale in Brasil, regardless of where it was located and this is the cheapest I found at £537 per hectare. This price would value 2,000 hectares at just over £1m, and CRV’s stake would be £0.5m.

Now Ceniako’s land has 2km of beachfront, and is a productive farm. Although the prices I found obviously are asking prices and not sold prices, I think there is a good chance the land was sold on the understanding the sellers were receiving £800k in value (1.25p per share), not £220k which would be extremely cheap based on my research.

A 49% stake in Depston, a South African distributor, was acquired for 96m shares, valued at £1.2m at 1.25p per share and £480k at the then share price. Revenue was £2.4m for the year before the acquisition and is expected to increase “significantly”.

Now distribution is a low margin business, 3% would be a good profit margin in this industry so P/Sales ratios are usually low. This webpage shows some publicly listed distributors selling at P/S ratios as low as 0.23 up to 0.59. If this company were valued at £480k (the real share price) that would put it at a P/S of less than 0.4, which is a relatively low valuation but plausible. Low ratios like this are usually seen for mature distributors selling ‘commodity products’ – particularly electronics distributors.

Depston however is the official distributor of high end bikes and sportswear in South Africa, which suggests it isn’t simply trading a commodity product. Of course what really matters is the profit margins, without those it is impossible to know what this stake is really worth. I asked management what the latest P/L was, they have yet to get back to me. Valuing shares at 1.25p puts the purchase price at a P/S of 1, which is pricey relative to listed distributors. However this doesn’t take account of the expected growth in sales as the company expands.

This is a difficult company to assess as it is so new. The historical annual accounts show revenue less than £300k a year but in 2014 it has already entered agreements that will bring revenue to at least £1.5m. Profit margins could be anything at this point.

Pressfit’s admission document to AIM is an interesting read, this company definitely has a good story. Press fittings is a growing market that has only recently opened up in the EU to allow other countries, like China, to export press fittings there. Pressfit plc is based in China and can compete well with the existing big suppliers.

The position in Pressfit was built by issuing shares at 1.25p, which was more than double the share price at the time. It was carried on the books for £1.5m and is now listed and valued at £1.1m by the market.

The announcement of an investment in EmVest was one in particular which made my jaw drop. CRV actually included the Profit and Loss figures for these investments, and after you’ve seen them you can’t accuse CRV of hiding poor numbers!

“Whilst the businesses have been constrained over the past year and have been running below capacity, we believe that with the introduction of additional working capital they can quickly be returned to profitability.”

So it is expected these companies will return to profit, and even if revenue doesn’t increase (which it must do or it’ll make losses again), the entire business was bought at a P/Sales ratio of 0.7 if you take £264k as the purchase price, and 3.1 if valued at £1.18m. That’s quite pricey, and I’ll believe in profitability only when I see it.

But there is something else interesting included in this purchase – land.

Barvale has a 1,000 hectare farm 24km west of Nelspruit, South Africa. I took to Google again to find some similar farms for sale and quickly came across this advert. Ok so it’s a game farm, rather than cattle and vegetable as Barvale is, but if anything a farm for growing vegetables needs better quality soil/land than one for simply game.

The full extended site for sale is 840 hectares for SAR18m, or roughly £1m (CRVs 49% stake hence £500k). Now even ignoring that Barvale is larger and probably better soil, do we really think someone would sell 50% of this land to CRV if they viewed the purchase as worth £264k?

Of course the heavy operating losses make this bit of land seem insignificant, and we don’t know the debt position of the company either (though one would hope that debts would rest in the parent rather than these 3 subsidiaries we’ve bought a stake in). If the three companies could return to just break even then it suggests CRV got a bargain at £264k.

But wait, there is even more. The company reported it is considering an offer from another party to purchase the distribution business (EmVest foods). Now I’ve never heard of a negative offer, so someone clearly thinks this part of the business is worth more than zero, and this supports the argument that the land value isn’t totally wiped out by these loss making operations.

“Its turnover has averaged circa $680,000 [£410,000] annually over the past three years, although this is expected to more than double with sales from the new renewable energy product line.”

So firstly, if this was sold under the assumption CRV shares were worth £149k it was acquired for a P/B ratio of just 0.5. However if the shares were valued at £622k as CRV claims, then the P/B ratio is 2.0. I think it is far more likely the sellers of Finishtec viewed the shares as worth £622k, especially as they were selling a controlling stake.

Valuing this based on sales paints a similar picture. If sales double next year then at £149k, the company was sold at a P/Sales ratio of just 0.36, compared to 1.5 if valued at £622k.

It is always difficult to do due diligence on small investment co’s that take stakes in unlisted small companies, especially when they are located in different countries around the world. I hope that I have shown that there is evidence to suggest Craven House management are not simply inflating assets prices on the balance sheet, and some of those reported book values represent real intrinsic value.

That said, investing in small companies like this is risky. In writing this post, and realizing how much I don’t know, I have started to question my position size for this holding. For now I’m holding on, but will probably reduce the size as soon as the price looks right.