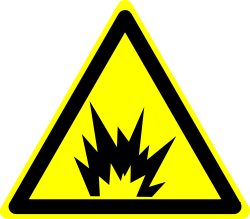 I posted last week about Sino Grandness, which is a Chinese company listed on the Singapore stock exchange. I went into detail about the business and in particular the convertible bonds issued however I think I underestimated the risk associated with this investment and as such felt I needed to do a new post.

There have been a number of frauds uncovered among what are now called ‘S-chips’, Chinese companies listed in Singapore. Some have even had one of the big four as auditors, so that doesn’t completely protect you, in fact the big four are more likely to eventually find the fraud and report it.

This is an interesting blog which includes some articles on Singapore listings. It is apparently well known (but wasn’t to me when I wrote the last article) that the Singapore Stock Exchange encourages Chinese companies to list with it that would otherwise struggle to list on the Hong Kong Stock Exchange or in Shanghai.

Now when it comes to Sino Grandness, I don’t personally believe it is a fraud as Goldman Sachs have made an investment themselves, but that doesn’t mean there hasn’t been any manipulation of accounts. For an individual investor like myself it simply isn’t possible to confirm either way. What I do know is that the risk is real and the first rule of investing is don’t lose money. If there is manipulation going on then the listing of Garden Fresh in Hong Kong will fail and huge debt will be piled on the company – in the best case scenario. It’s not a risk I’m willing to take.

Disclosure: I hold no position in SOGF and no longer intend to initiate one

1 thought on “More on Sino Grandness”