Today I sold the remainder of my position in Tesco ($TSCO.L). I’ll spare you my reasoning, this post isn’t about Tesco (which I already went through in detail in ‘Why Buffett was wrong on Tesco‘) but long story short – with £1.4bn ‘trading profit’ and £7.5m in debt, I think the current market cap of £14bn is more than fair. I’ll take this 45% loss on a 1% position and consider myself lucky that I somehow exited at a profit when it was a 10% position!

Tesco’s fall from grace got me thinking about competitive advantages in general. There was once a time when a moat was one of the best defenses of a castle. It slowed down attacking troops or bottle-necked them into a narrow route of attack. However times change, and nowadays with the advent of both artillery and aircraft a moat has little use. Such is the way with competitive “moats” in business; what was once insurmountable suddenly becomes insignificant. I was reminded at the weekend of one of my favorite shops growing up – Argos ($HOME.L), a UK catalogue retailer, and began thinking about its once great moat. Unlike most catalogue retailers, Argos had physical stores where you would buy their products, rather than ordering over the phone. You would also pick up a catalogue to take home and browse through at your leisure when looking for gift ideas or something you needed. Most houses contained an Argos catalogue and back in the day, if you suddenly realized you needed something, whether it was while cooking, seeing an advert on TV etc, you would usually go first to the catalogue and check out how much it was.

Convenience wasn’t its only strength, it also had significant cost advantages. Most retailers operate on the model of displaying items in store which customers browse, choose and take to the till. Argos however had a model of catalogues, with only a few items on display. By only displaying products on paper it could sell a much larger variety of items in a much smaller retail space. That means lower overheads, and hence lower prices.

You don’t need any special insight to know what happened to that moat – the internet. Suddenly Argos’ greatest strength – its presence in peoples homes – was nullified by all retailers’ ability to reach customers over the internet. Not only that but suddenly, Argos’ retail stores were a high cost burden compared to companies like Amazon that used cheaper warehouses outside of city centres. Argos is still going, its prices are competitive with even Amazon on many items, however net profit margins at 1% look unlikely to improve in the long term. It still has the advantage that customers can buy and collect items immediately, but with Amazon Prime’s 1 day delivery even that advantage looks under threat now.

So what was the point of this almost obvious example? Well I hope I’ve convinced you of just how strong an advantage Argos had, but that it wasn’t enough to protect it from innovation. I want to focus now on the future, and the current ‘moats’ that I think are in jeopardy. These are based around two technologies that will change the world of investing, but they aren’t new or something from a Sci-Fi movie, they just haven’t reached their full potential yet.

Two technologies that will change the world: 3D printing

Let’s go to the obvious first. There is no shortage of media coverage of 3D printing, and whilst they do have a tendency to over-hype things, I think the impacts of 3D printing are fairly hard to overstate. Firstly in manufacturing, making specialised machinery for small orders of parts is currently an important market. It is not usually attractive for a company to buy the machines itself due to the high cost, so it will order the parts from a company that specializes in small, unique orders. With 3D printing, suddenly companies can bring manufacturing in house at fairly low cost. An entire industry could effectively be wiped out. It also lowers the cost of creating small quantities of unique items, which should mean the variety of items people are exposed to in general increases.

This could (and probably will in my opinion) go even further, where the customer themselves effectively becomes the manufacturer and simply buys ‘blueprints’ for items which they then print at home. Countries that rely heavily on simple manufacturing are going to be hit very hard if the costs of production using 3D printers keep coming down as they have been. This will have knock-on effects on employment in other countries as economic growth stalls.

The print-at-home model saves companies huge amounts on staffing, logistics and infrastructure. Without products to build or ship, they could get by with just a website and a team of people producing designs for new items. 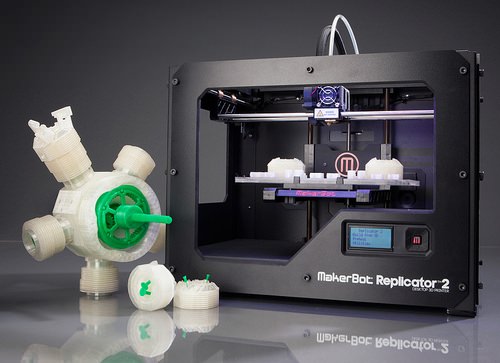 3D printers are already capable of making items such as chess sets, musical instruments and even robots! Take a look at some of the things available here.

But piracy is also likely to mushroom as it has done with film and media after the dawn of the internet. Companies like Games Workshop that sell specialized figurines at high margins will suddenly find the blueprints of their models on the web, allowing people to just download and print the models themselves at a fraction of the cost. Simple toy making giants like Lego and Mattel ($MAT) will be among the hardest hit in my opinion, why would parents pay premium prices when they can get generic toy blueprints and print them at home?

The only exceptions to this will be in gift items, in a similar way that birthday/Christmas cards are still widespread. Purchasing from a shop shows the person you have put thought and effort into it. The other safest industries I see from the 3D printing risk are those that are in specific products, such as food & essentials, manufacturing of components with complex moving parts, or resource companies.

Two technologies that will change the world: Social Media

Social media isn’t something new, but I see far more potential for social media when it comes to business. I think a lot of people would be shocked at how many (successful) businesses do well whilst having uncompetitive prices but lucrative channels of sales. For example when I went to university I was offered the chance to buy an IBM laptop at a discount, as they were partnered with the university, and it would come with digital versions of many of the books I would need. It was only after I’d bought it and met with other people that I realized I had overpaid for a sub-par laptop. It seems the university didn’t mind as long as IBM paid them for the privilege of marketing to their students. Another example of a company which profits from cosy sales channels is Higher One, which I analyzed a few months ago. A company with strong marketing will often do better than a company with a better and cheaper product. Such is the way of consumerism. But social media has already started to chip away at this issue, with more and more access to user reviews of products and services, customers are becoming increasingly informed about their purchases.

We can see it already on the likes of Amazon reviews, but I envision a future where even for local shops and products, people will have immediate access to customer feedback. Imagine looking at a shop with Google Glass and it coming up immediately with a customer satisfaction rating, or directions to a cheaper seller of the same product around the corner. 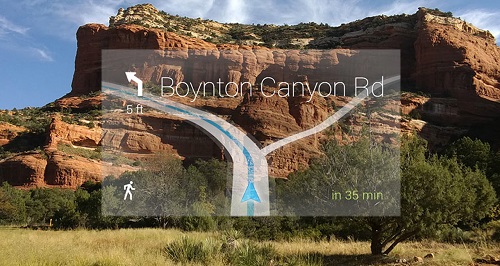 I think in the future it will become ever more important for businesses to offer a genuinely good and attractive product to customers. They will no longer be able to improve margins using aggressive marketing and lucrative sales channels. Some companies that currently appear to have competitive advantage due to high margins and returns on capital could soon find themselves squeezed as more customers become aware of cheaper/better alternative products or services. I believe this is also the reason why many retailers are struggling even years after the financial crisis. Consumers have taken an interest in value for money and service since money has become more tight, and this is a habit that is unlikely to reverse.

It is important now more than ever to only invest in businesses that have durable competitive advantages and monitor these over time. Technology has already changed the world economy in the last 10 years alone, and I expect the next 10 years to be no different. Companies content with the status quo will quickly fall from grace if they do not anticipate where their market is heading. With the current average CEO lifespan of less than 5 years however, it isn’t so straight-foward to find one that will make decisions for the long term. And sometimes, even the best CEO cannot save a company that has simply lost its competitive advantage. Take Barnes and Noble for example, they tried to position the company for the long term with the Nook. But it failed, sometimes entire industries can just become loss making due to intense competition.

Disclosure: Author has no position in any of the stocks mentioned.