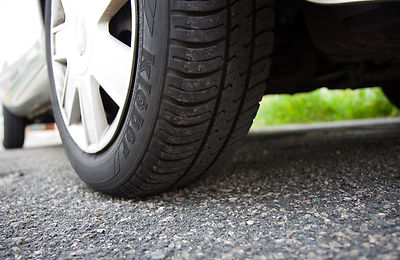 This week I wont be doing my usual Weekend Stock series, I have been ill all week and so not really had the will or energy to analyse companies. But I did want to do some sort of article and came across this news story which reminded me of late 2011, when I first looked at Halfords (LSE:HFD) shares. I still remember my thoughts on it pretty well so will share them now as I believe they are still relevant.

What initially attracted me to Halfords was the low PE ratio and the attractive dividend yield. Of course that wasn’t enough to go out and buy the stock but it was enough for me to read all about the business and delve into the financials.

Halfords is most popularly known in the UK for selling car parts and accessories from stores most commonly found in large out of town retail parks. That is probably why such negative sentiment exists around them. The industry is facing huge headwinds from
1. Online competition driving down prices
2. Increasing reliability of cars requiring maintenance less frequently

Of course this does not rule them out as an investment completely. As Warren Buffett has shown with his recent purchases of local newspapers, even companies operating in terminally declining industries can offer an attractive investment at the right price.

But Halfords is different from local newspapers for one reason. Rents. Its stores are rented and hence it has high operating leases. When I checked in 2011 the leases due per year were greater than their EBITDA. That situation will have only got worse.

With high fixed costs it increases the chances of a business becoming loss making and eventually going bankrupt.

Despite this I couldn’t help feeling that I was missing a trick on Halfords. I was very impressed with their management and how they were tackling problems. They hugely increased their focus on the service side of retail, something that differentiated them from online competition. I thought this was a great strategy in an age where fewer and fewer people are able to do even simple maintenance to their own cars. Having someone guide and even show you how to do it was very valuable.

They also had a profitable cycling division, which has had like for like sales increases for years as cycling grows in popularity. This was offsetting some of the decline in motor.

But for me the most exciting part of Halfords was their recently acquired Autocentre business. These are garages were people take their cars to be fixed.

At the moment this industry is highly fragmented, it is split into independent garages, which are usually cheap, and the big well known brands like Kwik Fit, which are at the premium end of pricing. Now everyone knows how dodgy some mechanics can be, so this is an industry that is not entirely driven by prices. It also relies on reputation.

There was a gap in the market for a mid-priced autocentre company, that had a trustworthy reputation, and also prices that beat the well known existing players. Enter Halfords. They certainly have a well known brand from their stores which have been around for many years, and their pricing has shown that customers are flocking to their garages.

This business earns high returns on capital invested. As far as I was concerned they should have diverted every bit of free cash flow they had to opening these autocentres.

So why didn’t I invest?

Unfortunately, the autocentre side of Halfords is still relatively small compared to motor retail. Despite a competent management, sometimes there is just nothing that can be done and that was my conclusion. Another Buffett quote “When a good management leads a bad company, it’s the companies reputation that remains in tact”.

That’s why I didn’t invest, and from the latest news story, it now seems it was a good decision. The share price is still the same as it was back then, although in 2012 you could have picked it up for much cheaper.

But this is definitely one to watch, as the autocentre business grows it may start to dominate the retail side in terms of profits and that is when I will be hoping for a bargain price on a very strong business.