I wrote up Goldplat (AIM:GDP) only a few weeks ago just after I had purchased shares. The position is down almost 30% – hitting all time lows, and now represents an even better buying opportunity in my opinion. Let’s take a look at why the share price has fallen so much to see if the market knows something we don’t. 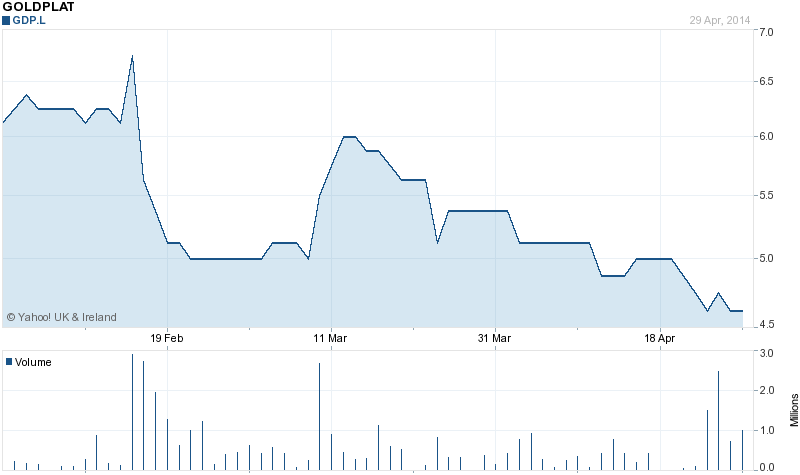 The shares trade on average less than a million per day. There have been two notable big sell offs, the first in late February and the second in April. Some are large and prolonged increases in volume over a week. That initially suggests to me that a large shareholder could be offloading its position. A subsequent RNS shows Perseus has been selling, who has been a major shareholder over the last few years. The position is controlled by a trust rather than it being an active shareholder, so I put less faith in its timing. But the sales in February are not Perseus because it was under a lock-in agreement not to sell any more shares.

“The Company is pleased to announce that Artemis Trustees Limited as trustees for Perseus Settlement and Artemis Trustees Limited as trustees for the Kilo Trust (the “Locked-In Persons”) have entered into lock-in deeds dated 4 April 2013 (“the Lock-In Deeds”) with the Company and SP Angel Corporate Finance LLP (“SP Angel”). Pursuant to the Lock-In Deeds, the Locked-In Persons have undertaken to the Company and SP Angel, save in specified circumstances, not to sell or otherwise dispose of, or agree to sell or dispose of any of their interests in the Ordinary Shares held by them for the 12 month period commencing on 1 April 2013 (the “Lock-In Period”).”

This makes it likely that the period of recent selling was due to Perseus. But this isn’t the first time it has sold of a chunk of shares. For example a year ago it sold a huge position and in 2009 it did as well, so I don’t think it is selling based on some little known information or a poor outlook. It is probably raising funds to distribute to the beneficiaries. That just leaves the question of the February decline. The interim results were released on 17th February, which at first glance were not positive, so this is likely the reason for the initial sell off on high volume. The slow decline afterwards is likely due to the weakening gold price. 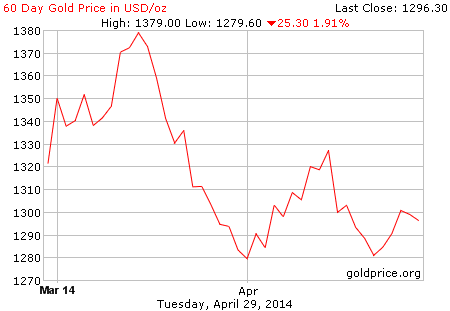 Remember that apart from dramatic or prolonged changes in the price of gold, Goldplat can be profitable at any gold price as it works on gold recovery, not mining. There has been no other news out from the company; only two research firms have published “buy” recommendations in the time period but clearly haven’t had much impact. Perseus no longer has any holding in the shares so any selling pressure caused by them, or ‘overhang’ is now gone, and this could be the ‘bottom’. I’m not increasing the position yet though, partly because I can’t practicably at the moment, but also I’m looking for more in the region of a 3.5p price to top up. Disclosure: Author is long GDP