Gold miners have taken a pounding over the last 18 months, and quite rightly. The decade long bull run in the price of gold came abruptly to an end in 2012 with steep declines starting in 2013. 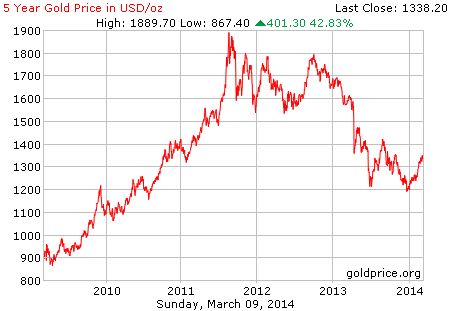 Gold miners are one set of stocks that I usually quickly throw into the ‘discard’ pile, given I have no idea where the price of gold is going to be in the future and most miners are already making operating losses at their mines. Still, amid the blood and carnage of this sector there are doubtlessly companies that have been dragged down with the masses but don’t deserve such depressed prices. Luckily for me, I came across one on the PhynixManifesto blog. No matter whether you are bullish or bearish on gold, this stock is worth looking at.

Goldplat is not your typical gold miner. Whilst it is true that its profits have been decimated by the declining price of gold, it can actually remain highly profitable at any gold price. Let me explain. Goldplat has operations in South Africa and Ghana that process the waste from other mines and recover gold from materials such as woodchips, slags, sludges and waste grease. It purchases these waste products from Blue-chip mining companies and its purchase price depends on the price of gold at the time. If the price of gold is cheaper then the price of the waste declines so Goldplat can still remain profitable. But of course Goldplat secures waste products under contracts and long term agreements so it isn’t completely immune to falling gold prices. Sudden and sustained falls impact its profitability and that happened in 2013.

The company also has a gold mine in Kenya which it has shut down into maintenance mode to control losses. It is exploring joint venture agreements for this mine and the other undeveloped projects it owns so that it doesn’t have to input any more capital to them. This is sensible management.

The end of 2013 (H1 FY2014 – interims here) saw a ‘perfect storm’ of things impacting on profitability. These short term issues, now resolved, all came together to push the group into a loss and make the company appear unattractive. This has provided investors a great chance to buy into a good business at a great price. Under future conditions the company should remain profitable.

Because all these issues have now been resolved, management has stated that it expects the losses in H1 to be more than made up for in H2 and the company is already operating profitably at this level. That means the company should earn over £1m before tax in H2.

The company’s chairman clearly thinks the company is undervalued, he recently bought 500,000 shares at 6p each. Given they expect a pre-tax profit of at least £1m in the second half alone, and the current market cap is £9.8m I would tend to agree with him. The company also has a book value of £19.5m so is trading at only half book (although £7.7m is intangible).

The company puts significant emphasis on being debt free, which they have remained despite incurring significant losses recently, by having a conservative cash position (its finance costs appear high because of foreign exchange losses – they operate in Africa).

Despite recent weakness, this company has been growing revenues at around 20% per annum compounded. They earn good returns on capital, but given the technology they use to extract gold is not patented, this is more of a commodity business and the only barriers to entry are strict regulations concerning being allowed to use chemicals such as cyanide to recover gold. As such, as gold production decreases and competition is attracted to the high margin/return business, I expect gross margins to become more pressured in the long term. This is the sort of company that is worth around book value in a mature market. Given it is on track to make £1m pre-tax in a fairly depressed market, a £20m price tag (roughly book value) doesn’t seem to unreasonable so that is my bearish value estimate.

However, I’d like to point out that this company, even if not sustainable, is currently earning good returns on capital and earned for example £4.5m after tax in 2012, a year in which the gold price was volatile, but not moving upwards. If the company could ever show signs of returning to this level of profitability on the back of a more stable gold price, then it would certainly be worth more than £20m, and given high growth could be worth upwards of £50-60m.

Disclosure: I am long GDP

4 thoughts on “Diamond in the Gold rough”