1972 was an important year for Warren Buffett. It is the year in which he made an investment that was what I consider to be the turning point in his investing career that was inspired by none other than his partner in crime, Charles Munger. Some of you may have already guessed what I’m talking about (perhaps the title gave it away?) – See’s Candy.

Most people that have read about Buffett or his letters will be familiar with See’s and what a great investment it has turned out to be. But not many I think truly appreciate what a fundamental shift this investment represented in Buffett’s investing career. When initially propositioned with the acquisition of See’s, Buffett responded with a resounding no. This was a company trading at 3x book value and Buffett had likely never paid more than 80% of book value for a company in his life. Yet he eventually changed his mind – he overhauled a lifetime of investing experience and intuition and saw this investment in a new light that was completely foreign to him – how profound.

Consider his position at that time, he was a 42 year old man with one of the best investment track records in the world. Through the years 1957 to 1969 he had obliterated the Dow Jones’ returns and returned a compound gain of 31.6% p.a. and he did this via typical Ben Graham style ‘cigar butt’ investing – buying cheap companies relative to book value and selling them once the price had appreciated. One in this position could be forgiven for sticking rigidly to a method that had served him so well for most of his adult life. And as the saying goes, you can’t teach an old dog new tricks. But this old dog threw away the old and embraced a totally new philosophy, one which he still holds to this day. He often credits Charles Munger for convincing him of this new appreciation for strong businesses.

I am going to look at exactly what the arguments are for investing in these kind of businesses and just why Buffett suddenly started buying businesses for above book value. It will seem at times like I’m going over elementary things here, but sometimes it is very useful to break your philosophy down to its simplest components and remind yourself of the underlying principles behind it.

When is a company worth more than book value?

There is a term in accounting called ‘goodwill’ and it reflects the excess paid over book value when acquiring a business. This goodwill may be an accounting invention but for some companies it represents a very real component of instrinsic value. The best way to illustrate this is with an example. Let’s take the simple example of an apple tree, which I bought for say $100 a few years ago, so is held on my books as a $100 asset. All I have done over the years is water it so there’s no extra costs (and I’ll ignore depreciating the asset). Book value is $100. 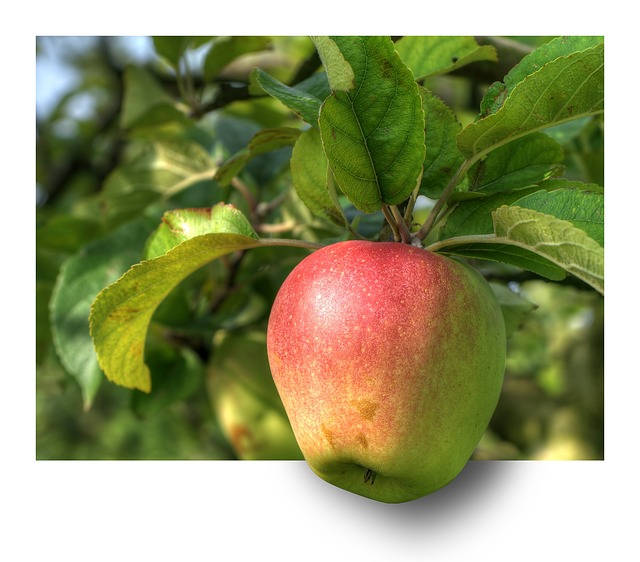 It is now mature and starting to produce apples at a rate of 50 per year and these are high quality apples, very juicy and delicious. I know a local market stall that will buy my apples for $0.50 each and sells them on for $1, so this business has pre-tax cash flows of $25 a year.

Now a man comes along, called Capitalist Jack, and he’s looking to make some money for his investors. He offers me $100 to buy my apple tree (the book value of the ‘company’). Think about this yourself, would you accept?

What are your alternatives for this $100? The bank? Well that may pay you $3 a year interest if you’re lucky. Government bonds? Not likely – they pay even less than $3 a year. The end conclusion for most of you is that you would rather keep the apple tree and get $25 a year in cash flow. In other words, this tree is worth more than book value because of the cash flow it generates. Warren Buffett in his later life has often stipulated that a company is worth the discounted net present value of all its future cash flows (though Charlie Munger quips he’s never seen him actually calculate any discounted cash flows).

Why is it good to be worth more than book value?

Warren Buffett made another realization in his 1972 purchase of See’s Candy, if not before. That is that not only can companies be worth more than book but it is better to buy businesses that are worth more than book. The reason for this is growth and free cash generation (i.e. cash after replenishing your fixed assets).

Let’s go back to the apple tree example and consider a parallel example with an orange tree. It also costs $100 but oranges don’t grow well in my climate so I only get 10 oranges per year and can sell them for $0.50 to the market stall, making $5 a year cash flows. After 20 years both the trees are past their prime and wither away. I want to keep the businesses going so I purchase another apple tree and another orange tree.

Imagine Capitalist Jack had paid $250 for the apple tree business – far more than book value. 20 years later he now has $400 and a still producing apple tree. But suppose he had also paid $50 for the orange tree, thinking he was getting it at a bargain price. All he is left with after 20 years is a lousy orange tree worth $100, what he started with essentially.

One of Warren Buffett’s favourite quotes is “time is the friend of the wonderful business, and the enemy of the poor business” and this example shows that. With Ben Graham type ‘cigar butt’ investing time is your enemy, the longer it takes for the share price to rally, the lower your returns are. But when you invest in the See’s Candy’s of the world, it doesn’t matter how long it takes for the market to properly value it because every year the businesses value increases as it generates cash.

A high value over book value usually means a high return on invested capital. My apple tree’s ROIC is $25/$100 = 25% which means all the money I earn I can reinvest in the business and get 25% returns, even if I bought the business originally for much more than book value. But the orange tree has a ROIC of $5/$100 = 5% so growth is far slower.

Why is it dangerous to be worth more than book value?

Of course, life isn’t always so easy and Capitalist Jack isn’t stupid. He looks at your apple tree, making $25 a year and thinks to himself, why would I buy this business from you for $250 when I can buy an apple tree myself for $100. This is where the importance of economic “moat” comes into play. There needs to be a barrier to entry from a competitor simply copying your idea. This can be in many forms, for example patents in drug companies, brand reputation like for Coca Cola, or even a historical track record like in the case of Moody’s.

Other cases are less obvious, like in the case of Walmart – its strength comes from its scale and bargaining power with suppliers, it is hard for new entrants to compete when Walmart ensure it buys goods at the cheapest cost possible.

Charlie Munger knew See’s Candy well, and knew that when people buy candy as a present they want to buy something with a good reputation and not something cheap, so that the recipient feels valued. That was See’s barrier to entry and that is what would protect it from the Capitalist Jack’s of the world just copying the business.

Not all barriers are forever though and investors must evaluate them with extreme caution. Take Weightwatchers for example, which for a long time earned high returns on invested capital, until competition eventually broke through their defenses and profits have been suffering ever since.

Or even Kodak, which had a stranglehold on the photograph industry until digital cameras drove it to eventual bankruptcy.

There are many new names flying about for this type of investing like GARP (Growth at a reasonable price) but in the end it is still value investing. A company’s intrinsic value depends on its future cash flows and not on its reported book value in most cases. For a veteran investor like Buffett to switch course so drastically shows that the argument for these kind of companies really resonated with him.

But investing in high quality businesses is also risky, arguably more so than ‘cigar butt’ investing because if the investor is wrong about barriers to entry (as many were with Weightwatchers and Kodak) then the downside is not protected, there are no hard assets backing up the value of the shares and investors can lose out.

For Warren Buffett, he has had his fair share of errors in this department, like Dexter Shoes, but the winners have more than made up for the losers for the most part. But remember he’s Warren Buffett – we aren’t all so gifted.

Personally some of my best performing investments have been businesses with high ROIC and strong barriers to entry. I hold a few of these companies with the intention to never sell unless their valuations become ridiculous. It requires less effort as investments are less frequent and time is my friend so you don’t have to worry about short term performance.

2 thoughts on “Charlie and the chocolate factory”