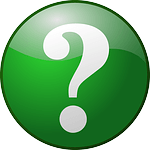 In my last post I went through a case study on Tenneco and valued it as if I had found it in early 2010, if you haven’t read it, then I suggest you do so and try to value it yourself.

2010 was not quite in the darkest days of the market, but had low valuations still and a 2009 performance available to value the company more accurately. Apparently the market didn’t agree with my value of $9 as the shares traded at about $24 at my assumed date. Before I dive into who was right I first want to make an observation on the impact of leverage on valuations.

As a group, value investors tend to be conservative, and from my experience this leads to wild mis-valuations of leveraged companies. A simple example can show why. Take a company earning “conservatively” $100m EBIT, and interest of $50m. If I value this at 8x Profit before tax (PBT) I get a value of $500m. But if for example my conservative estimate is 20% below actual earnings which are $120m EBIT, PBT is now $70m and the same multiplier valuation gives $700m, 40% higher than the original!

This happens because the interest is fixed, so a % increase in EBIT is transformed into a larger increase in PBT and tends to be why my own valuations of leveraged companies are usually far below the markets.

Also using measures like EV/EBITDA penalises the valuations of companies with high debt, even if they can continue to carry that level of debt indefinitely i.e. shareholders receive all cash flow as if there was no debt – minus some interest.

I said in my valuation that I wouldn’t be surprised if Tenneco’s revenues continued to decline in 2010 as work under contract expired. Let’s first see how that played out and if my valuation would have changed. The 2010 10-K shows revenues rebounded strongly to 2008 levels of $5.9bn and it earned a net income of $63m. I’m surprised this was even close to my $53m fair ‘stable’ estimate of earnings given how badly I’d called the future revenue.

North America had rebounded strongly and the new products brought online in 2007 had obviously been a permanent revenue improvement – contrary to my worries. However there is another factor now. A big share dilution has taken place, share count increased from 49m to 61m. Unfortunately it didn’t have much effect on net debt, which was essentially unchanged, although it did allow the debt to be re-financed during the year.

Taking a closer look at the income statement, I did say I expected gross margins to return to a more normal 17.1% and they actually came in at 17.5% only a year later, so at least that is one thing I called correctly but is pretty typical of cycicals so I won’t give myself many points for that.

One thing I was wrong on however was the refinancing, I thought they could get interest down to $100m but it came in at $149m, quite a big difference. This could however be affected by the costs of the refinance itself which are usually included in the line ‘finance costs’ on the income statement. Next year should be lower but hard to say by how much.

So would my valuation change at all? It probably would, revenues were higher, debt has been refinanced and my 8.5 multiplier now seems low, given the company has proven it has had sustainable revenue growth over the last 5-10 years. But the share dilution will have counteracted this somewhat. So I am now less optimistic that my original $9 value will be reflected in the future, but let’s see.

So this is the bit we’re all interested in, here is the long term share performance (note the scale is logarithmic which under-represents increases in the later years).

Shares today trade at around $60, so it has almost been a 3 bagger (not the first one I’ve missed, nor will it be the last!), here are the financial results (click to enlarge) 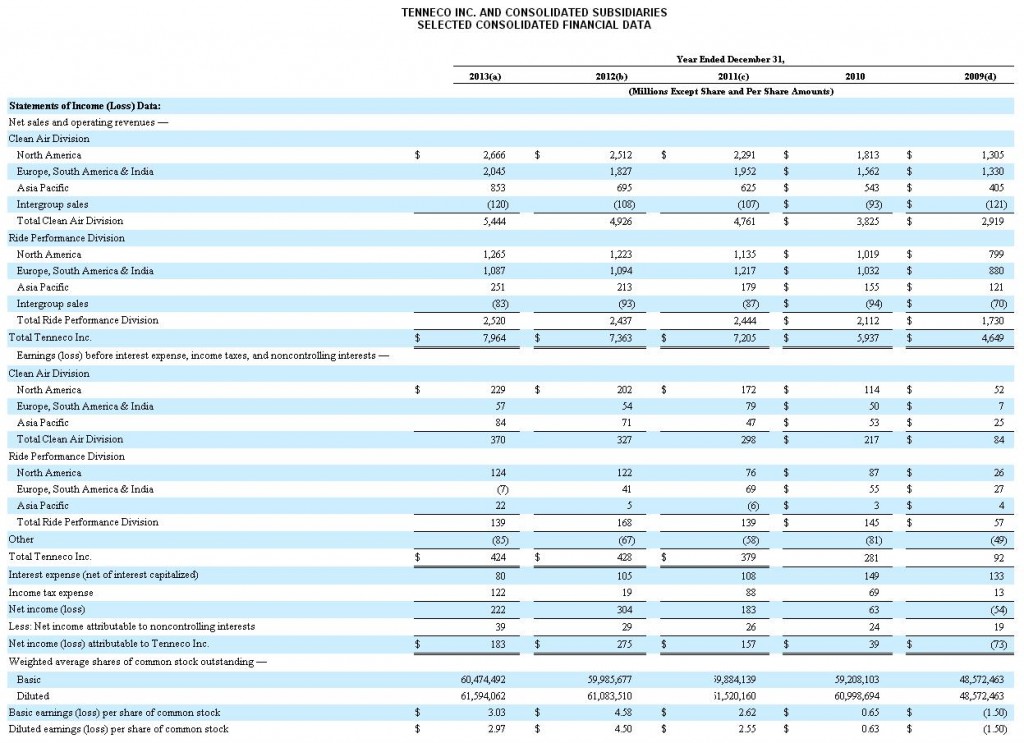 Sales have shot to almost $8bn and net income is now $222m, over 4 times what my long term estimate was (at least interest fell to roughly my $100m estimate!) I was far too bearish on the stock but I think the main area where I went wrong was in predicting revenue. Is there any way I could have known such a large rise in revenues would occur? Well they had a decent return on capital invested before 2009, and they obviously had the capacity to sell volumes of at least $6bn as they had done in 2007 and 2008. So perhaps this growth is predictable with hindsight, I obviously didn’t think so at the time though.

I think it would have been too aggressive to predict revenues of $8bn back in 2010 but I could have at least thought about a return to 2008 revenues of $5.9bn in the long term. After all this was a cyclical stock, not a company going through a permanent decline in business. If they have sold at that level in the past then barring any problems in the underlying business, the economy will probably reach a level where it demands that level again.

I was clearly wrong but part of me still views it as better to be too bearish and miss a winner than too bullish and catch a loser – I don’t know what other people think of this philosophy.

My under estimate of the value of the company doesn’t come as a surprise to me, as I said in the introduction to the first article, this is a habit of mine, I can only hope it increases my upside potential on the stocks I do end up buying. But in this case it was less to do with my treatment of debt as I originally thought and more to do with badly predicted revenue. Still, I think it’s been a useful exercise to go through.

I will look to do some similar case studies like this in the future, if anyone has any stocks they think would be interesting (or make me look even more foolish!) please feel free to leave a comment or email me.